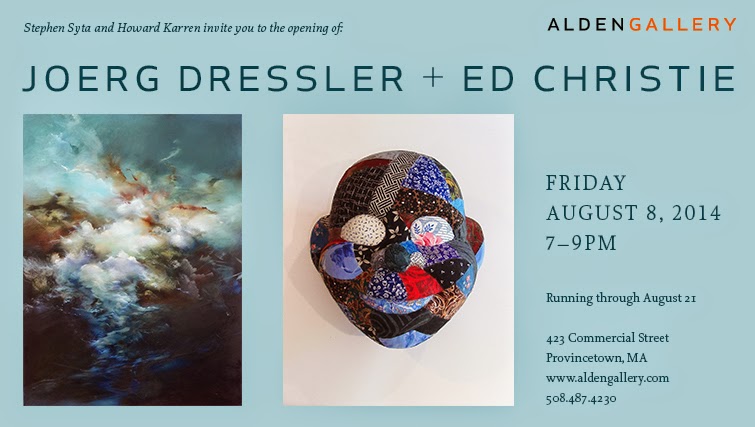 Joerg Dressler’s work is driven by nature and how we perceive it. When he is in the studio, he paints solely from memory. As a result, disjointed experiences of the seen and learned are re-assembled, creating a reality of their own. Joerg’s evocative, vigorous paintings derive from a sincere dialogue between the representational and the abstract, the conceptual consciousness and pure spontaneity. Though his vocabulary is drawn from a cross-section of history—Renaissance, Mannerism, Impressionism, Abstract Expressionism, Pop Art, Postmodernism, graphic design, and photography—his work emerges as his own distinctive visual communication. With his new series, “Entropy,” Joerg is exploring the extreme ends of the spectrum: high entropy (clouds) and low entropy (ice). “The higher the entropy/disorder,” Joerg says, “the greater the challenge to not resolve into repetitive patterns and static forms, but instead to paint shapes that remain fluid and seemingly fleeting.” Joerg’s new paintings convey a sumptuousness that inspires a prolonged consideration of our own relationship with nature.

Ed Christie is a veteran puppet designer and builder who has worked for more than 30 years on Jim Henson’s Muppets in movies, television, and theater, and in particular on Sesame Street, where the characters he designed are seen in productions around the world. In 2008, the Provincetown Art Association and Museum presented a solo exhibit of Ed’s puppets, and his fine-art sculpture has been part of the Alden Gallery since its inception in 2007. For his new show, Ed chose to create new variations on “Ricky,” a head sculpt he designed in 2009 that was inspired by iconic characters from mid-century advertising and entertainment. “All of the Ricky heads come from the same mold, based on my sculpt,” Ed says. “But by the time I’m finished embellishing the surface with different media, each takes on a completely unique character, usually with an ironic twist on childhood innocence.”

Posted by provincetown art guide at 3:23 PM No comments: