You are cordially invited to the opening of
George Xiong's Solo Exhibit
Heavenly Flowers
Friday, August 16
at
TAO WATER GALLERY 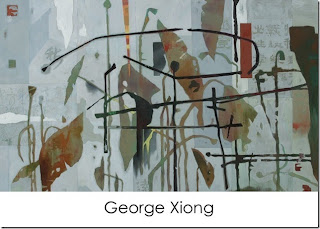 Posted by provincetown art guide at 8:13 AM No comments:


Joe Trepiccione’s paintings are truly inspired by the beauty of the outer Cape. He is fascinated with the broad open landscapes that are the Province Lands and its structures.  His new paintings explore the dunes, the meadows and the marshes of the Cape Cod National Seashore, areas that are not often explored by Cape painters as often as the sea. The coastal salt marsh and the wide Cape meadow each have a similar peaceful tranquility about them:  the salt marsh with its vast openness, tidal pools, and rivulets to the sea, and the meadow, with its swaying grasses, dappled with wildflowers, and close to its neighboring foot hillsides.  The triptych “Beach Roses” highlights the tilt and curve of the dunes while the solitude and splendor of the moors is experienced in “Cape Moors”. “House on the Bluff” and “Race Point” allows the viewer to see these cape wonders from a distance.  Joe Trepiccione’s paintings offer a vast array of color, light and depth of earth and sky. Yet they are comfortable, and controlled and pull the viewer in and beyond to the horizon.

Harry Folsom first exhibited in a gallery and sold his first painting when he was 12 years old and he has not halted or slowed down since.  Umbrellas were a part of 12-year-old Harry's first works of art and are incorporated into some of his new work as well.  Harry’s characteristic “urban scene” features expressive blue-collar workers amid an urban industrial cityscape – a New York City of decades ago.  Harry’s new work will feature harlequins and monkeys that give the viewer a feeling of mystery and secrets to be revealed. “I use the brush to create a hostile, violent underpainting, which I then placate with whimsical, almost storybook colors.  This process offers a very compelling introspective look into modern society.  I constantly grasp at presenting my perception of the human condition through a variety of media and imagery.”

Herman Maril (1908-1986) was a nationally known artist who painted seascapes, interiors, and landscapes in a pure, lyrical, and profound style. His work is in over 100 museum collections and he was featured in a 2008 retrospective at the Provincetown Art Association Museum, commemorating what would have been
his 100th birthday.

Maril's paintings -- landscapes, seascapes,interiors --are lyrical and spacious, filled with light and a serenity seen in everyday environments such as a woman hanging the laundry, a fisherman cleaning the catch of the day, a family playing by the sea. His simplified subjects and abstracted environments result in visual elegance. His paintings emphasize clarity and simplicity, achieved through broad, flat color masses in a style related
to Cubism. Said Maril: "I like the painting to look as if it is going to breathe onwithout any effort...". "His rather quiet, yet richly lyrical color and his always well-composed compositions have great lasting quality" said the late
Adelyn Breeskin, former Director of the Baltimore Museum.
Zimiles is a painter who has spent summers on the vast, open dunes of Provincetown living in a dune shack. "Although much of the content of my paintings derives from an inner vision and relates to my Hudson River surroundings and perhaps the Hudson River Landscape School, I did drink in the wonders of wide and wild vistas while, as a boy, I lived with my aunt and uncle, artists Boris Margo and Jan Gelb, and helped build the shack known as Margo Gelb. Each summer, living on the dunes, I continue to absorb the space, the light, and the feel of the Cape's undulating landscape detectable in paintings.

Posted by provincetown art guide at 8:32 AM No comments: 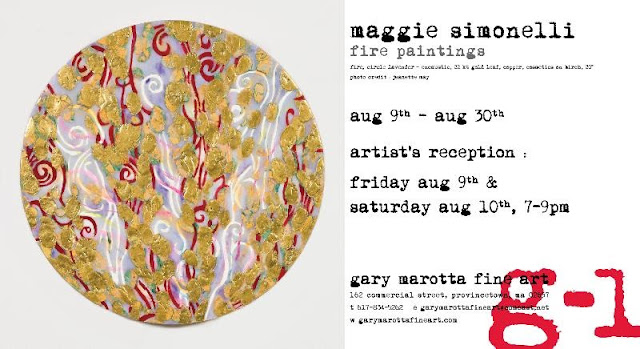 Posted by provincetown art guide at 10:31 AM No comments: